Madras HC says NO to Claim Over Monopoly over the words “Magic”, “Magical” and Masala” in ITC vs. Nestle case 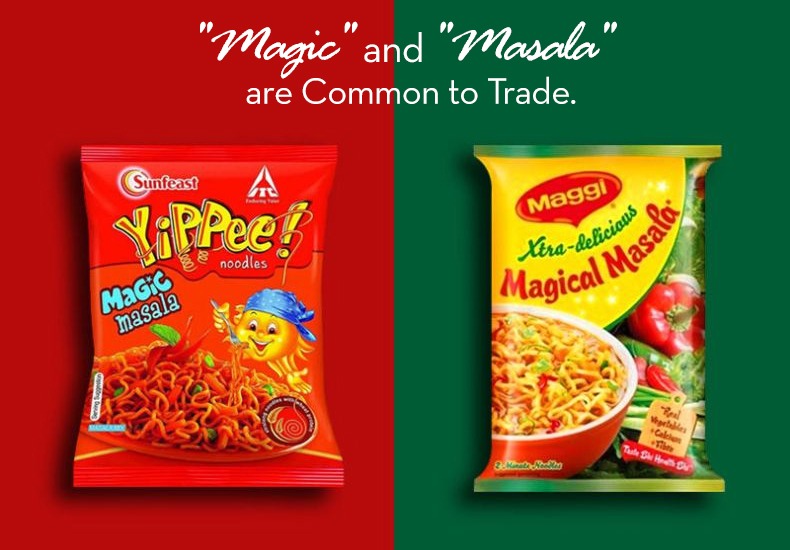 Madras HC says NO to Claim Over Monopoly over the words “Magic”, “Magical” and Masala” in ITC vs. Nestle case

On the 10th of June 2020, the Madras HC pronounced its order in the case of ITC v. Nestle India stating that the word “Magic” is laudatory. Justice C. Saravanan in his judgment stated that, “. . .neither the plaintiff nor the defendant can claim the monopoly over the respective laudatory words “Magic” or “Magical” along with common word “Masala” to the exclusion of one another. Therefore, neither the plaintiff nor the defendant can dissect a portion of a label and claim monopoly over it. As such the plaintiff cannot claim monopoly over the expression “Magic Masala”.

The Judgment further stated, “even though there is a phonetic similarity between the words “Magic” used by the plaintiff and the word “Magical” used by the defendant, nevertheless they are incapable of being monopolised as they are not only laudatory but also common to the trade.”

ITC had filed a suit under Order IV Rule 1 of O.S. Rules and Order VII Rule 1 of C.P.C., read with Sections 27, 134 & 135 of the Trade Marks Act, 1999 against Nestle India seeking a permanent injunction to stop Nestle India from using the mark MAGICAL MASALA for its instant noodles.

ITC (The Plaintiff) contended that it had launched Sunfeast Yippee! Noodles including ‘Magic Masala’ and ‘Classic Masala’ in 2010 and Nestle India has deceptively similar mark named as ‘MAGIC MASALA’ which came in 2013.

Nestle (The Defendant) contended that the words ‘Magic’ and ‘Masala’ are common to the trade and are not distinctive. It further contended that the food industry was flooded with products where both the word “Magic” and “Masala” are very common and that the phrase or tagline is merely a “flavor descriptor” of the product which enables the consumer to choose the variant.

“Whether the expression “Magic Masala” qualifies as a trademark and is capable of being monopolised to the exclusion of the defendant and others”?

“Whether in the facts there was passing-off of the instant noodle by the defendant by adopting the expression “Magical Masala” for trading its “Maggi xtra delicious Magical Masala” Noodles?”

The court after hearing both the parties stated the following –

i. From the evidence on record, it is clear that it is the defendant who has used the expression “Magic” for some its food items prior to the plaintiff though not for instant noodles.

ii. The word “Magic” is also used in the food and cosmetic industry.

iii. It appears that the expression “Magic Masala” was first adopted by Lays for their potato chips.

iv. Both the words “Magic” and its derivative “Magical” are common to the trade. Therefore, neither the plaintiff nor the defendant can claim any monopoly over the expression Magic” or “Masala” for they are common words in Indian culinary and Indian food industry..

The court further opined that “There is also no scope to dissect the plaintiff’s aforesaid label to conclude that the defendant has copied the plaintiff’s sub-brand “Magic Masala” as it was never conceived as brand or trademark by the plaintiff. Therefore, it cannot be said that there is a misrepresentation by the defendant.”

The court held that, “The expression “Magic Masala” and “Magical Masala” are not adapted to distinguish the noodles sold either by the plaintiff or the defendant. They are adapted only to distinguish different flavours offered by them with the brand “Sunfeast Yippee!”. Therefore, even though there is a phonetic similarity between the word “Magic” used by the plaintiff and the word “Magical” used by the defendant, nevertheless they are incapable of being monopolised as they are not only laudatory but also common to the trade.

The court went further to state that, “if the plaintiff had filed a trademark application to register the expression “Magic Masala” as a word mark, it would have been rejected by the Trade Mark Registry under Section 9 of the Trade Marks Act, 1999.”

It will be therefore wrong to hold that the defendant has made any misrepresentation to ride upon the alleged reputation and goodwill of the plaintiff while using the expression “Magical Masala”.

Hence the court dismissed the suit by ITC Limited.

This blog was submitted by Shreya Marwaha, Intern at Let’s Learn Law.