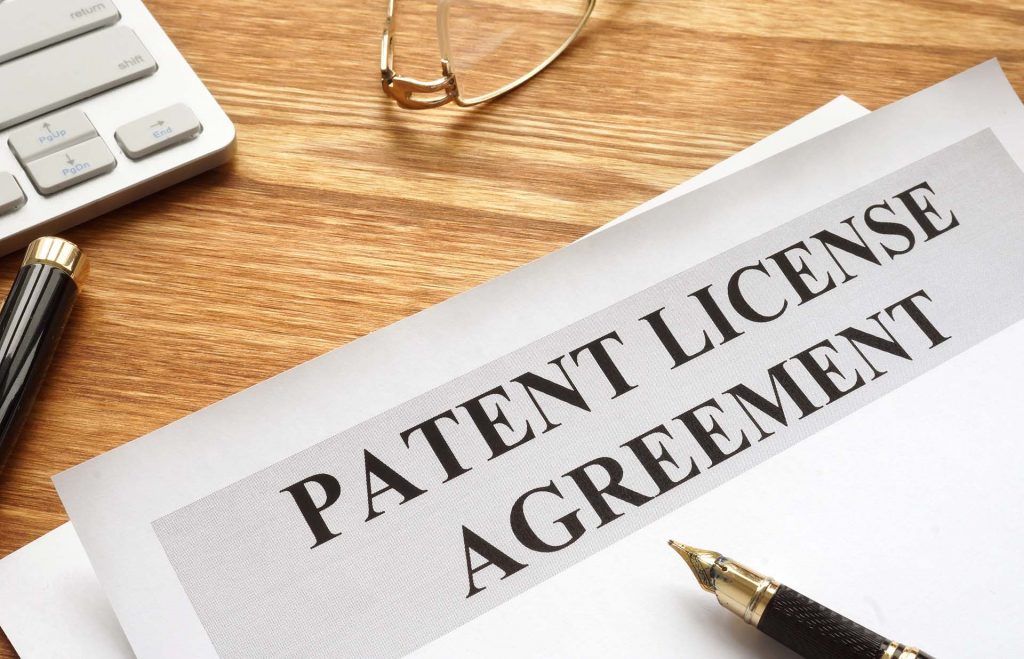 A patent may be transferred by the patentee to another person in the following ways:

The patent is entitled to give license of right for making use of the patent to any person in accordance with the procedure prescribed in the patent act and rules. The Patents Act allows a patentee to grant a License by the way of agreement under section 70 of the Act. A patentee by the way of granting a license may permit a licensee to make, use, or exercise the invention. A license granted is not valid unless it is in writing.

There are two types of licenses:

Let us know more about the types of license:

Under section 84 of the Indian Patents Act 1970, any person can make an application for grant of a compulsory license for a patent after three years, from the date of grant of that patent.

The controller may grant a compulsory license while considering the following-

License of Right Proposal means the patent proprietor can request for making an entry in the Register of Patents maintained by Patent Office that the Patent is available for license. Thereupon, interested parties can apply for getting license under the Patents of their interest which are endorsed with ‘License of Right’ in the Register of Patents.

Where a patent has been endorsed with the words “license of right”, after expiry of 3 years any person who is interested in working the patented invention in India may require the patentee to grant him a license for the purpose on such terms as may be mutually agreed upon. The controller also may decide the terms on which the licensee shall be granted by the patentee. Patents deemed to be endorsed with the” license of right”:-

Under section 87 of the act, there is non obstante clause which provides that certain patents of greater public use are deemed to be endorsed with the words of “license of right”.

The patents with greater public use which were mentioned at the commencement of this act in respect of inventions are:-

(I) Substances used or capable of being used as food or medicine or drug,

(II) The methods or processes for the manufacture or production of the food or medicine or drug and,

(III)The methods or processes for the manufacture or production of chemical substances including alloys, optical glass, semiconductors and inter-metallic compounds.